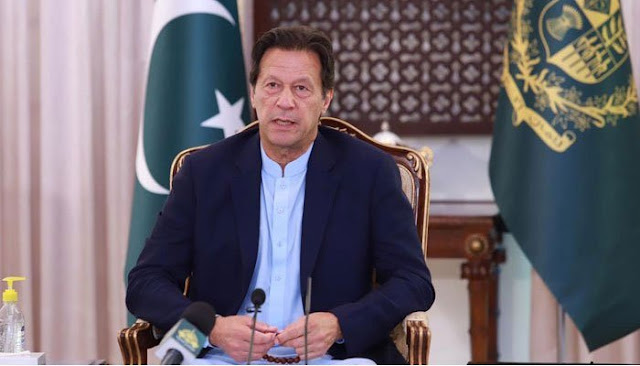 ISLAMABAD: Prime Minister Imran Khan Wednesday said that he trusts in law and order and will make a move as coordinated by the Supreme Court of Pakistan.

The head offered these comments at the top court after he was brought by Chief Justice Gulzar Ahmed for a situation relating to the Army Public School assault.

"There is no holy relic in the nation and I have confidence in law and order," PM Imran Khan said and added, "We will make a move as requested by the court."

A three-part seat headed by the CJP had brought the chief in his own ability to show up under the watchful eye of the court at 11:30am.

During the meeting, Attorney General Khalid Jawed Khan had looked for time from the court for the PM to show up before it. In any case, the seat communicated outrage in line with the public authority's legal advisor.

Per subtleties, the court had reacted to the principal legal officer's supplication by saying that Imran Khan should introduce himself before the seat, adding that the guardians of the individuals who were martyred in the APS slaughter were additionally going to the knowing about the case.

During the past knowing about the case, guardians of the youngsters martyred in the 2014 fear monger assault had grumbled to the court that they had lost their kids in the assault consequently the top common and military administration of the nation ought to be called by the Supreme Court and arguments enrolled against them.

The casualties' folks had likewise requested of the peak court to hold a straightforward investigation into the occurrence. The court had requested that the head legal officer audit the circumstance and make essential strides — regardless of whether it be an examination or documenting bodies of evidence against those dependable — and illuminate the court.

At the point when the meeting continued today, the court had asked the head legal officer for an update, who reacted by saying that FIRs can't be enlisted against the top authority.

At this, the seat had indignantly let the public authority's attorney know that the episode had occurred because of a "security pass" which the public authority ought to acknowledge, adding that the top common and military heads of the time ought to have known with regards to the assault.

The central equity then, at that point, commented that Pakistan's offices and foundations approach a wide range of data yet with regards to the security of individuals "our security organizations fizzle".

Equity Ijaz ul Ahsan said the APS slaughter had occurred in light of Operation Zarb-e-Azb, adding that state organizations ought to have made compelling strides against it.

During the consultation, the head legal officer had looked for time to look for mandates from the leader and different authorities so he can react to the court.

Notwithstanding, the seat had said this was an intense case and that it would bring the executive and look for replies from him.