No peace in region unless Kashmir issue resolved: Qureshi 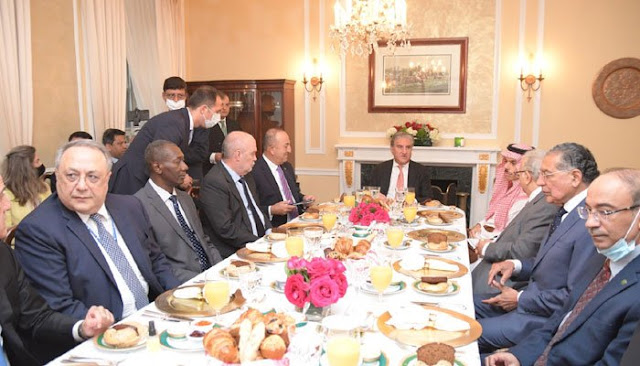 India should revoke its unilateral and illegal measures taken since August 5, 2019, stop IIOJ&K’s human rights violations, and stop and reverse the demographic changes there. This was made clear at the informal meeting of the Contact Group of the Organization of the Islamic Conference on Jammu and Kashmir during the 76th session of the General Assembly held at the United Nations Headquarters on Thursday.

It has additional significance because it was held when Indian Prime Minister Modi led the Washington delegation. The Joint Communiqué of the Contact Group of the Organization of the Islamic Conference on Jammu and Kashmir has also been issued. The latest example of Indian barbarism is the treatment of the remains of the great Kashmir leader Syed Ali Shah Geelani, who died on September 1 after prolonged illegal Indian detention and house arrest .

Pakistan will host the OIC Foreign Ministers’ Meeting in Islamabad next year. The date is being finalized because the OIC contact group has already made valuable decisions.