Meghan Markle, Prince Harry blasted for wanting to ‘build their own woke monarchy’ 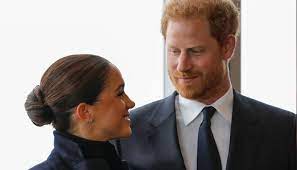 Meghan Markle and Prince Harry have recently come under fire for trying to "build their own royal family" through a New York tour.

Royal writer and biographer Angela Levine made this statement in a candid conversation with The Sun. She was quoted as saying: "This is nonsense."

"They want to leave the royal family because they don't want to get engaged there."

"Shortly after, they had a pseudo-royal engagement here. They wanted to establish an awakened alternative royal family and make this family disappear."

She went on to say, "This is a way of saying'you don't need those old stubborn's.' Harry has always been jealous of William. He wants to prove that he is better and stronger. He believes that this can only be done by detachment."