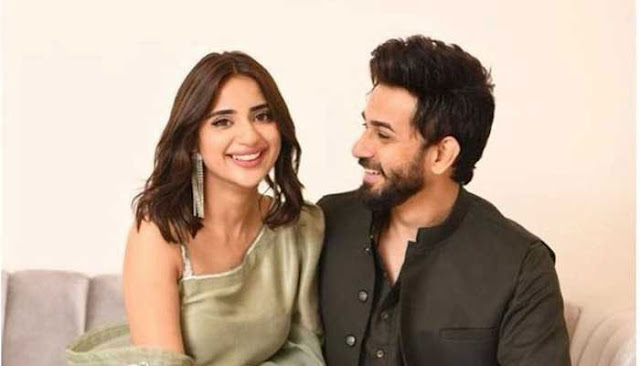 Saboor Aly and Ali Ansari allowed fans to talk about their recent exchanges on Instagram.

In the snapshot, the star can be seen wearing a black suit and serving in a formal and eye-catching posture.

When Sabre commented on "Waiting" cutely, his photo and caption seemed to melt his fiancee's heart.

It is worth mentioning that Sabre attracted the audience with his outstanding performance in Geo TV's Fitrat, and was nominated for the best actress in the Lux Style Awards.

With this exciting news, her man expressed his love and support for her and called on fans to vote for her.