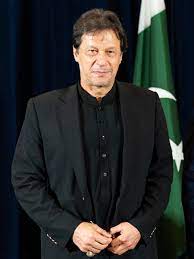 Dera Ismail Khan: Prime Minister Imran Khan said on Thursday that if food crop production does not increase and the population explosion continues, the country may face famine and poverty in the next few years.

At the Kisanka distribution ceremony held here, he emphasized the importance of making Pakistan self-sufficient in food crops and added that it is necessary to ensure that the country’s huge population continues to receive food. He said that Pakistan's already huge population is growing rapidly.

The population of Pakistan has increased from less than 40 million in 1947 to around 220 million now. He expressed his concern about rapid growth. He said that the growth can be checked by improving education and primary health care facilities.

The Prime Minister stated that despite having a lot of fertile land and a good harvest of wheat crops, the country had to import 4 million tons of wheat last year and is expected to import the product again this year.