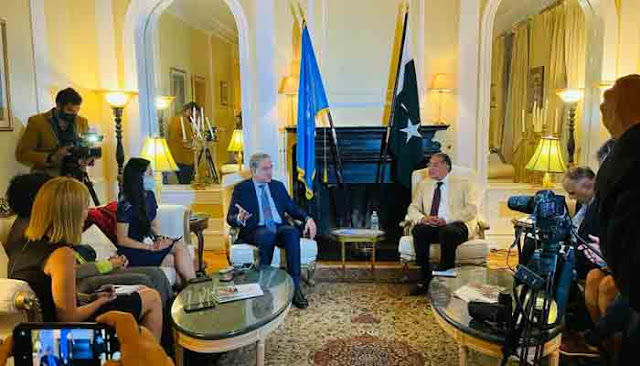 New York: Foreign Minister Shah Mahmoud Qureshi said on Tuesday that no one is eager to recognize the Taliban government and asked them to be more sensitive and accepting of international views.

When meeting with UN press representatives in New York, Qureshi FM urged the world to support Afghans at critical times through different steps, including unfreezing their assets.

"Afghans have been facing war for the past four years, so the international community should not leave Afghans alone and helpless now," the foreign minister said.

Qureshi said that in the past four years, Pakistan has hosted more than 3 million Afghan refugees with limited resources and no financial support from the international community.

He added that Pakistan’s economy can no longer bear the burden of refugees.

Shah Mehmood Qureshi said that the initial statement of the Taliban leaders was encouraging, adding that it is in the Taliban’s best interests to respect international public opinion and keep their promises as they seek world recognition.

"I think no one will be eager to recognize them at this stage. The Taliban should pay close attention to this, because they must be more sensitive and more receptive to international public opinion."