Anushka takes on the art of embroidery for upcoming film 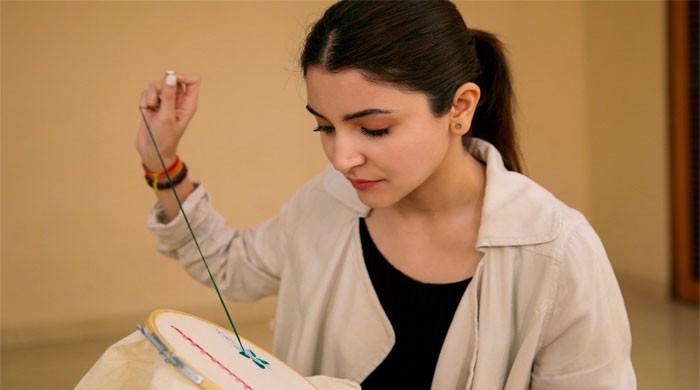 Bollywood’s actress Anushka Sharma, after keeping herself engaged on the sets of impending film ‘Zero’ starring Shah Rukh Khan, has now taken on another role which requires her to learn a different sort of skill set.

The famed actress took to twitter to publicize the name of her new film ‘Sui Dhaga’ by posting a quote from the film which goes as: "Katran mein buni khaani, Paband lagaake hai sunani - 'Sui Dhaaga'". Along with the quote was a picture attached of the actress busy practicing her sewing skills.

As per reports, the film ‘Sui Dhaaga’ orbits the story of a self reliant woman who teaches the message of pride and independence through her self-sufficient character.

The film is coming from Sharat Katariya, the director of many Bollywood hits including ‘Befikre’, ‘Titli’ and ‘Bheja Fry’.

Along with directing, Katariya has also written the film which will also star Bollywood superstar Varun Dhawan alongside Sharma.

Under the banner of Yash Raj Films, ‘Sui Dhaaga’ is set to release on September 28th of this year.
Fashion