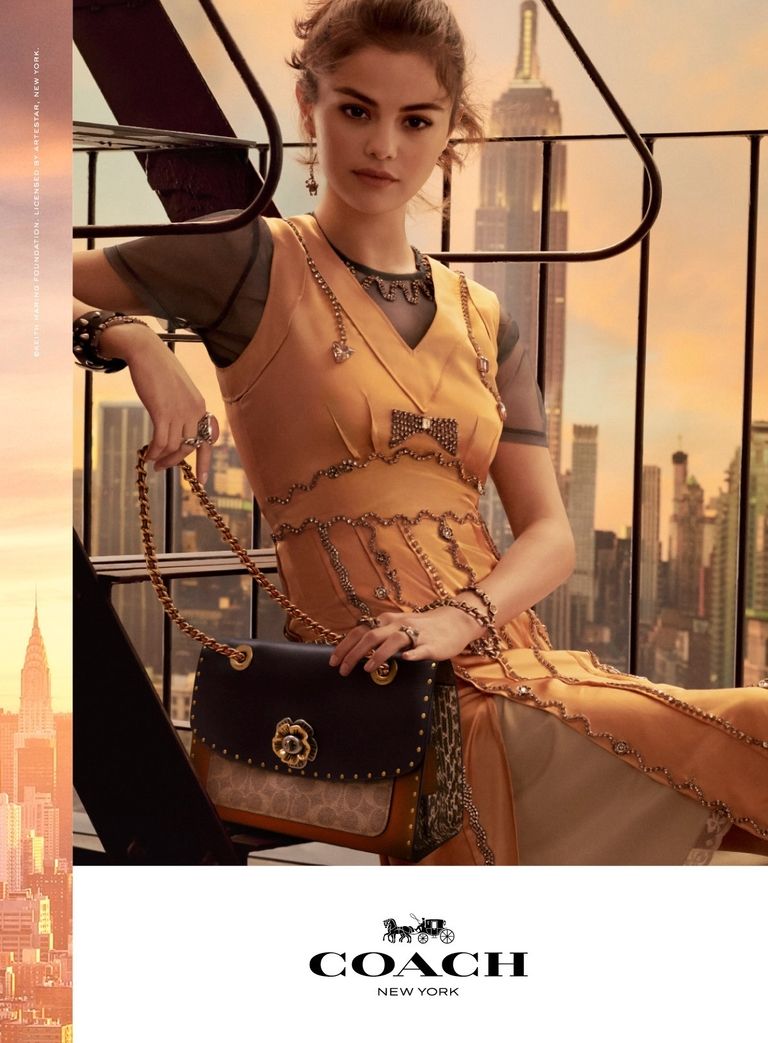 Selena Gomez’s latest campaign for Coach has landed and this time the star gets extra New York, posing on a fire escape in a prewar loft with the Empire State Building in the background.hotographed by Steven Meisel and styled by Karl Templer, Gomez models the Parker, a new bag style from Coach that launches in February, while wearing a yellow beaded dress.

"The first time I walked on set I was a little nervous; I can get a little intimidated," Gomez said of her experience with Meisel. "But he’s genuinely the sweetest, purest person. There are never a lot of people around, and it’s very intimate. It’s beautiful." 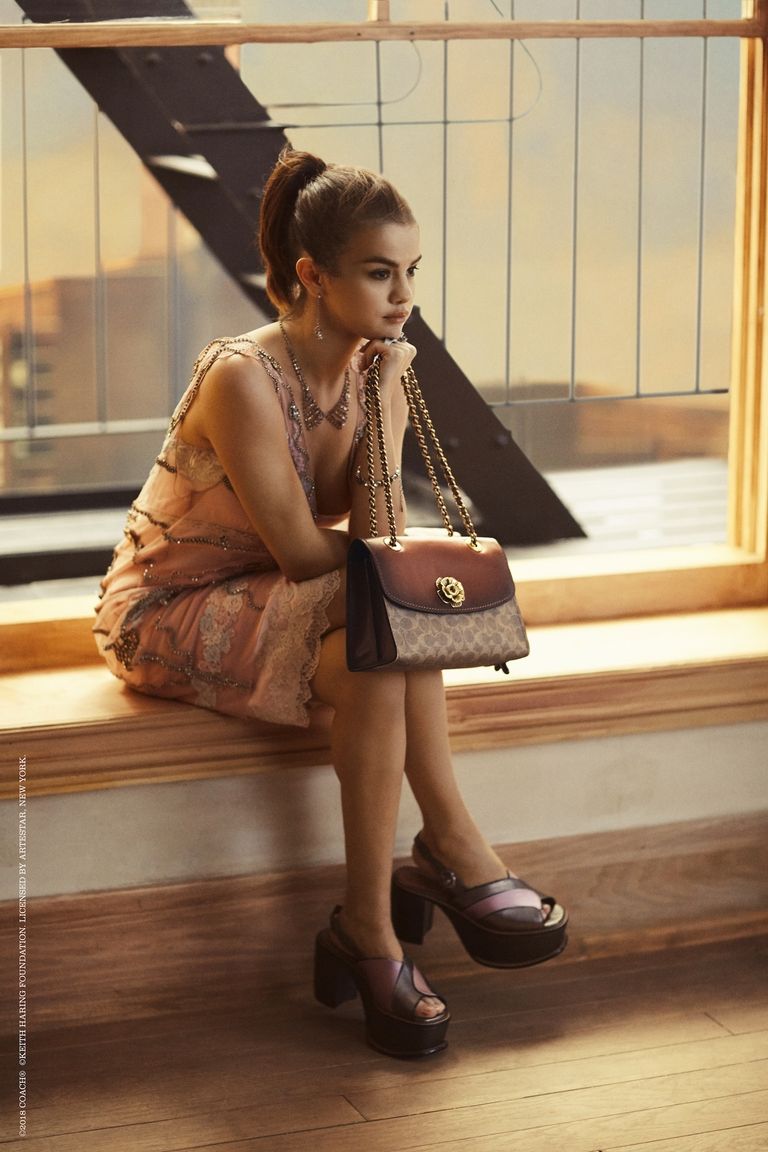 Since joining Coach, designer Stuart Vevers has brought a New York-centric touch to the brand—a move Gomez backs. "He makes New York feel like a town, a real community," says the artist. "And it just feels like this is where the brand really lives." Scroll on for exclusive behind-the-scenes images from the campaign shoot