Rita Ora on "Proud," Singing With Liam Payne, and the Best Part of Fifty Shades Freed 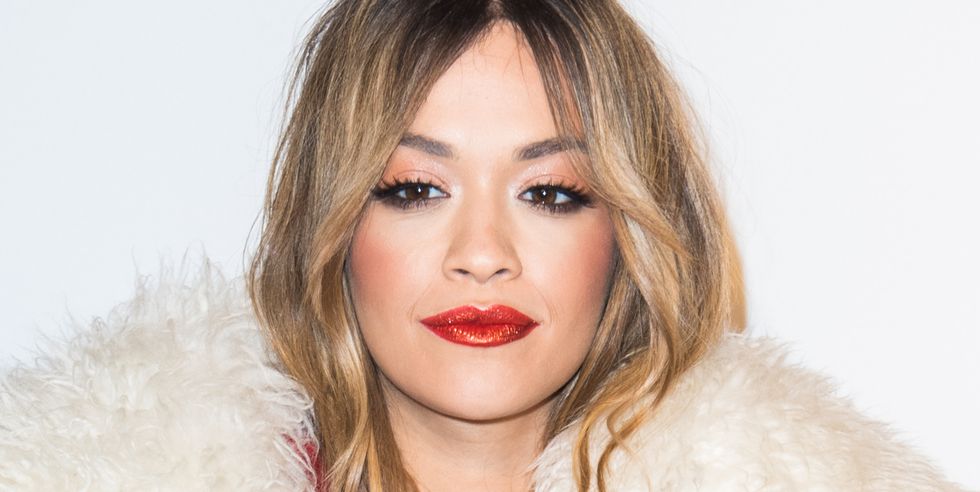 Next month, Rita Ora returns to Fifty Shades Freed as Mia Grey in a role that has evolved substantially from the first film. She gets kidnapped! Anastasia Steele (Dakota Johnson) has to go rescue her! "It’s definitely way more thriller-y than anything," Ora tells ELLE.com.

Acting is an emerging passion for Ora, whose music career is also heating up this year. Today, Ora released her new empowerment single, "Proud," which is inspired by personal stories of acceptance sent to her as part of Absolut's Open Mic Project. Ora also just released a song with One Direction's Liam Payne, "For You," for Fifty Shades Freed's soundtrack.

Here, Ora tells us all about the last Fifty Shades film (and reveals that the best part of the film is just what you think it is), whether she gets tied up too, and what inspires her to just "get up and kill it."
today," and I hope that’s what I bring to the people.

You're appearing in Fifty Shades Freed next month as Christian Grey's sister Mia. Can you tell me a bit about your role?
I get kidnapped, and it’s definitely a growing scene, and it’s very exciting to be a part of.

It was amazing. We shot all that in Vancouver, and it was an amazing experience. I was really excited because I definitely had a bigger part in the movie, and I ended up loving each and every one of the cast and crew, including Dakota [Johnson, who plays Anastasia Steele] and Jamie [Dornan, who plays Christian Grey], and everyone was super supportive of one another.

It was actually kind of sad wrapping up, because I guess that was the last movie, but it’s so exciting. It’s definitely way more thriller-y than anything. It’s got moments of me getting kidnapped. There's fighting scenes. It’s really great.