“Extremely happy that my work’s getting acknowledged”: Saba Qamar on bagging Filmfare nomination 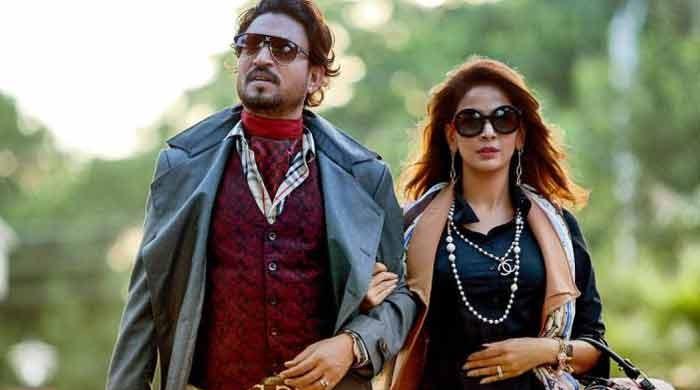 KARACHI: Ace Pakistani actress Saba Qamar expressed joy on being nominated for a Filmfare Award category and said that she is extremely happy to receive the news.

Talking on Geo News morning show Geo Pakistan, Saba Qamar shared that she is overwhelmed to see her efforts and services towards the film industry being acknowledged in this way.

“Winning the award is a separate thing altogether. But your work getting acknowledged and appreciated is a huge achievement in itself,” stated the Hindi Medium starlet.

The actress made her big Bollywood debut opposite Irrfan Khan with movie Hindi Medium in which she got rave reviews and critical acclaim for her performance. The film has been nominated in five categories for the Filmfare; one of which includes Saba Qamar as a nominee for Best Actress award, along with A-list Bollywood actresses Sridevi, Vidya Balan and several others.


When asked if audiences should expect Saba to star in upcoming Bollywood ventures, she said, “I can’t really say anything about that right now. But there is a long way to go for sure.”

Filmfare Awards are considered as one of the biggest platforms in India that honour the film fraternity and its talent. The 63rd installment of the show will be held on 20th January hosted by Shah Rukh Khan.