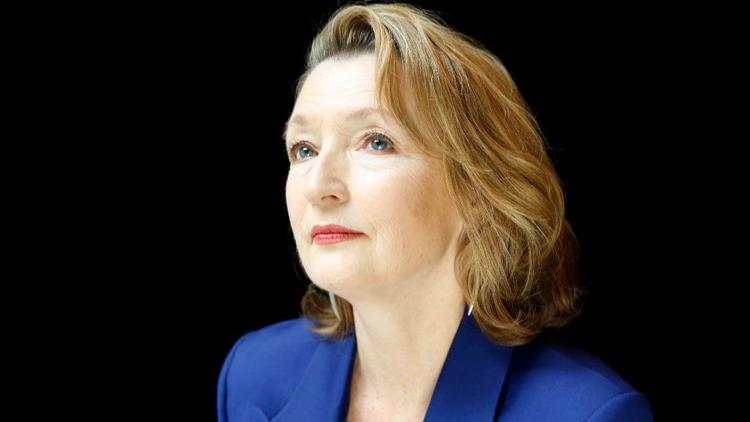 In Paul Thomas Anderson's "Phantom Thread," Lesley Manville's enigmatic Cyril is critical in the development of the unusual relationship between her on-screen brother Reynolds Woodcock (Daniel Day-Lewis) and his new model Alma (Vicky Krieps). And in a sense, that's true of Manville herself — over her 40-plus-year career, largely played on British stages, films and TV shows, the 61-year-old (who was once married to fellow awards season hot property Gary Oldman) may not always take the lead — but she's a linchpin in making a story happen. The actress spoke with The Envelope in New York about relationships — poisonous and otherwise — and aspiring to chameleonic status. But be aware, there is a key spoiler ahead.

"Phantom Thread" is one of those movies that will likely have people talking – or scratching their heads — or both. What drew you to playing Cyril?

I'm interested in films about relationships. This was primarily a film about a romantic relationship, but secondarily a sibling relationship that shifted for Cyril once Alma became a permanent fixture. I felt that we could go anywhere with Cyril. I felt she was a woman who had a sense of herself and was sparse with language — but when she spoke, it was crystal-clear. There was a stillness about her.

And yet Cyril more or less disappears from the film once Alma asserts her authority. How did that feel?

A friend of mine saw it and said, "I wish Cyril's story had been resolved in some way." I know what they mean, but she is the third player in the story. I don't think her story can be resolved. The audience is left to imagine where Reynolds and Alma will go, but I think for Cyril, while the day-to-day dynamic of her life will be different, the pattern of her life with Reynolds won't alter that much. And by the end, Alma is a welcome third party in the gang.

Your career has spanned over 40 years, with a strong focus on the theater and largely British productions. How has that helped hone the actor you want to be?