Virushka up in mountains celebrating their honeymoon 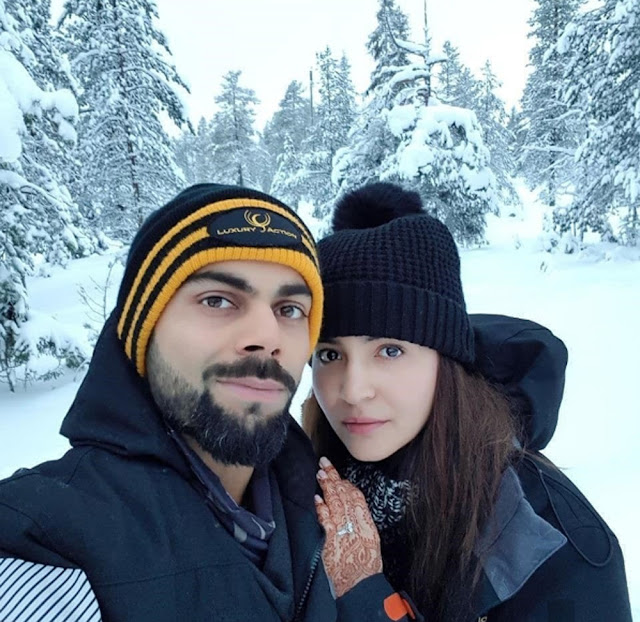 Everybody was wondering where Anushka and Virat were when their families were photographed in Mumbai upon their return from the power couple’s wedding. The answer came in the selfie that Anushka shared on her Instagram recently where the newly-weds are posing in a snow-laden background. We don’t know for sure where the couple is for their honeymoon but Anushka’s caption ‘In heaven, literally’ tells us the couple is having a grand time alone.

Within 20 minutes of posting the selfie, it went viral and over two lac people poured in their comments and likes. Fans are speculating that the couple is up in the Alps, and some even joked that they are in Murree, Pakistan.

The 29-year-old actress got married to Indian cricketer last Monday in a Tuscan resort in Italy. They kept the wedding secret despite the rumour mills running high. Their marriage was disclosed on Twitter hours after they got married, when both the superstars shared their pictures with a long caption confirming that they had vowed to be by each other’s side for the rest of their lives.

Anushka and Virat will be hosting two receptions later this month in which they will invite their friends and media and sports fraternity. The couple will reportedly live in Mumbai, in their 34 crore costing, sea-facing apartment in Worli.