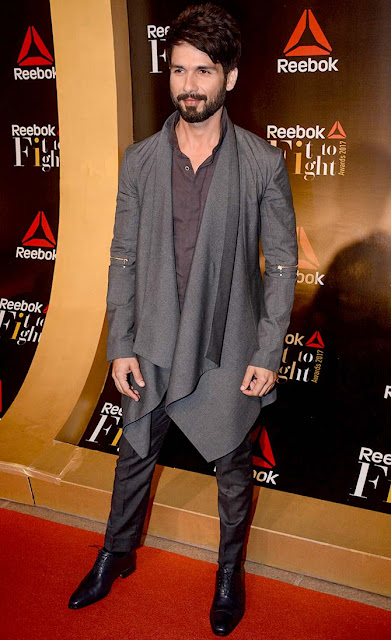 His latest film Padmavati is mired in controversy, but Shahid Kapoor feels creative people should not be scared as art does not come from a space of fear.

Both Padmavati Director Sanjay Leela Bhansali and lead actress Deepika Padukone have received death threats from individuals and organisations opposed to the film.

Asked if he would feel scared in the future to take up another period film, Shahid says, "Udta Punjab was not a period film, there was so much controversy around it. I don't think 'scared' is the right word. I don't think creative people should be scared, because you can't create if you are constricted."

"You can't create unless you feel liberated and open and I think art is a reflection of society at large," the actor added.

"It is important to express yourself with a certain sense of freedom specially in a democracy. Everybody is concerned, the whole fraternity has expressed a lot of concern because there is enough that you deal with when your film is coming out," Shahid pointed out.

"There are issues like piracy and there are a lot of other issues, larger issues that one is dealing with," he added.

Shahid is grateful to everyone who supports the film.

"I am very thankful to everybody who has spoken for Padmavati... Sometimes there has been anger, sometimes people have been emotional, sometimes they have been very logical in breaking it down, but there are a lot of people from the fraternity who have come out and spoken for the film," he says.

"I don't think you can make a film like Padmavati unless you give a part of your heart and soul to the film," he adds.

Padmavati was scheduled to release on December 1. After the protests, the producers deferred the release.

Asked about the release date, Shahid said he doesn't know it yet, but insisted a lot is at stake.

"When a film releases, it is a very vulnerable product. We don't like to hold onto a ready film for too long because piracy can happen, something can get leaked, and you're really trying to keep that together."

"So, of course, everybody is very concerned about it, and so am I."