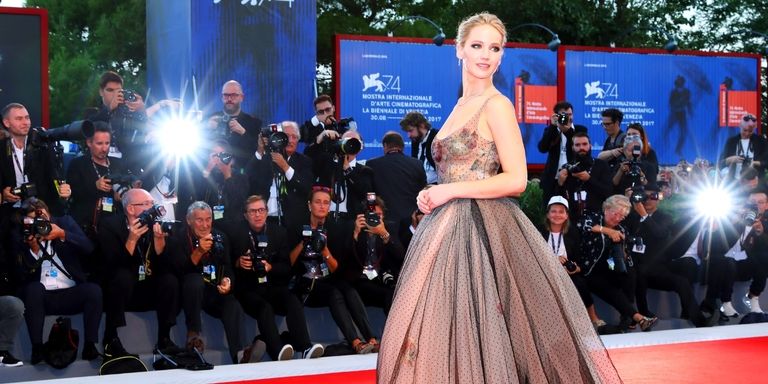 Call it glitz, call it glamour, call it good ol’ razzle-dazzle, but there’s nothing quite like film festival star power. Each fest—be it Sundance’s charmingly undone snowstorm-ready attire, Tribeca’s city-ready cool, or Venice’s sweeping gowns—begets a new bona fide red-carpet moment. And every time, there’s one player who breaks out: She has the perfect dresses, the best looks, and that certain magic around her. Who wouldn’t want to be that girl for a day?

I had my chance this spring when I was invited to the South of France during the Cannes Film Festival’s seventieth-anniversary festivities by the boutique fragrance brand The Harmonist. If Sundance in Park City is the VMAs of festivals, where even the most VIP attendees stay in ski-bum bunk beds and dip out to the slopes between screenings, and Venice is the Oscars, with George and Amal Clooney still reigning supreme from their Lake Como pad, Cannes has found a comfortable middle ground as the Golden Globes: still elevated, but with a whiff of accessibility. (And you’re encouraged to drink.)

I also happened to be growing out a Mick Jagger–inspired mullet chop. How to compete in the shiniest arena? By consulting Living Proof Global Creative Director Michael Shaun Corby predeparture and confessing my trepidation. “You have to embrace the extremity of the cut,” he said. “Think of what a model would do. Let it be severe.” I was sent on my way with instructions to buy oversize barrettes in two colors and stack them in alternating layers, slicking my hair back from the temple down into a sort of beaver tail, with a slightly teased front—a glamorized take on Joe Dirt hair—and then given enough products to necessitate checking my luggage.

Michelle Monaghan at Sundance (left); Guiding Water, a yin element, promises to help me hone my networking (to which I am fairly allergic) and turn on the charm (center); Bella Hadid at the amfAR gala at Cannes (right)


The after party is in a beautiful villa outside of town (where, I learn, the most glamorous fetes are) and is initially less star-powered than industry-heavy. Until—Tilda Swinton arrives! Attempting to casually walk by her on the way to the bar, I slip nearly the whole way down a marble staircase on my heel and am deposited at her unblinking feet. Defeated, I try a different staircase in hopes of making a quick exit. Instead, I find myself at yet another part of the party—Netflix has rented not one home but two—and apparently all the cool kids have congregated at this one. Dustin Hoffman, carrying his wife’s dramatic silk train, bids me a very polite good night. Julianne Moore and Emma Thompson whisper around a patio table under twinkling tree branches. I perch on a fountain’s edge with a glass of sparkling water, watch a very animated Ben Stiller, and chat with a young director who makes a very compelling case for a quick trip to Corsica. It must be the perfume. The ground is littered with abandoned champagne flutes, and inside, the villa is set up for a dance party that hasn’t even begun yet. The crowd is decidedly sparklier, but I’m ready for bed. Even the most glamorous parties, I’m coming to learn, aren’t that fun when you don’t know anyone.
A