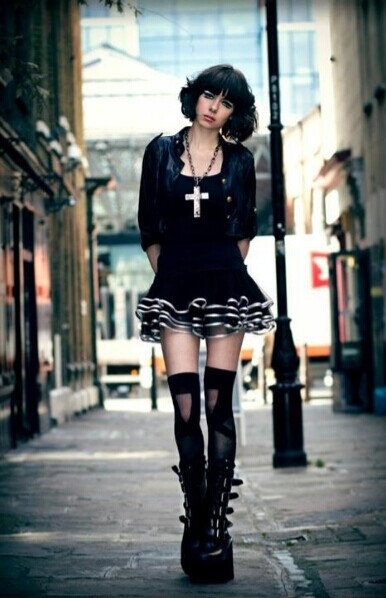 
Goths have a unique and visually striking style that many people find attractive or are intriguing. By becoming gothic you are rejecting the style that everyone else embraces and going for something less mainstream while nodding to the film industry, to the past and to a more dramatic and exciting style of dress. While you might normally look like the boy or girl next door, by becoming gothic you look more like something out of some kind of epic film or work of art and your looks begin to evoke emotion and drama. You also enter into a club of some kind with other goths where you share a kinship and a brotherhood, and this can sometimes cross over into the extended family of emos and new romantics of a bygone era. 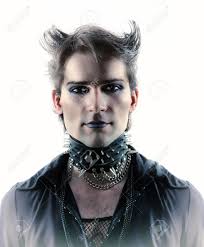 For boys being a goth means having a brooding and striking look and inspirations range from Blade, to Dracula to the Matrix. However remember you did this initially to be more individual so the last thing you want to look like is a 'stereotypical goth'. Look into some of the options for your look and consider finding yourself a template or a role model that you respond to from the media – do you want to be more like Batman, more like Ryuk or more like Neo? If you find a goth-type character that you associate with and that is lesser known then this will be a great way to create a unique look that suits your personality.

From here you want something that flows and sways and so a good thing to go for is a long leather coat in the style of the Matrix. This can float like a cape and while a Batman-esque cape might be more impressive you will also find it's slightly less socially acceptable. Leather is a good call in any case though and shorter leather jackets will also go down well.

shirt to the office, so stick with a t-shirt to become the other. The other staple of a goth's outfit is his shoes and these should be large boots that look like they'd hurt if you kicked someone with you. Again black is the new black when it comes to goth fashion.

Once you've done all this you will be pretty black and while this can be intimidating (and it's slimming... ) it can be a little bit too much of a block colour. So to add a splash of silver and grey and to make you look tougher and more detailed try hanging some chains on those black jeans. You'll also rattle when you walk like a ghost which is terrifying for anyone who has seen a Christmas carol. You can also get away with shirts and elements in slightly different colours – dark blue for instance, charcoal grey, or splashes of bright red.

The idea is to go for drama and for black colours so to begin with try dying your hair black, or shaving it off – either of which will immediately transform your look and make you seem much more broody and dark – like the Bizarro version of yourself. You should also grow it long and slick it down with gel in order to create a kind of otherworldly/scraggy look that would not be acceptable even on a dress-down Friday in the office.

Of course if you want to go the full hog then you can try for something more unusual and eye-catching such as a mowhawk or really tall spikes. This is borrowing from punk a little but if you want to look striking and different and like some kind of comic-book or anime character then there are few better ways.

We've already mentioned how chains can be effective in both breaking up the block black colour and in creating a weighty look and ominous rattling noise, but there are many other things you can accessorise with. For instance you can use dog collars which make a statement and again make your look slightly more intimidating if that's what you're going for. Then there's the option for the fingerless gloves or leather gloves and this is also a great way to show your allegiance and to complete the look. Other goths choose to wear neckerchiefs, necklaces and chains and a range of other accessories. Use this opportunity though to come up with something unique to you so that you can really make it your own. There are countless things out there that can look good with a gothic outfit so why not get creative?

Finally goths also tend to sport body art and this can be a lot of things – from piercings to tattoos. Flesh holes and other forms of piercing are very popular with goths and certainly a very shocking and stand out look. Another option here of course is to go for tattoos but you do need to be careful with these – more outlandish and gothically themed tattoos are of course what you are going for as a goth, but you need to ask yourself whether this is a look you'll be able to pull off in your eighties? 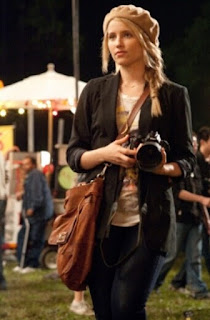 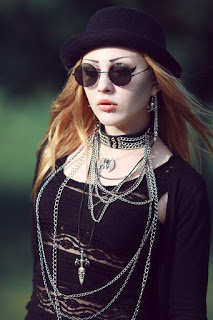 Girls can be a little more creative than guys when it comes to the clothing and anything anyone else might wear is fine if you make it black, dark grey, dark blue or black and red. Look for vest tops, trousers, hoodies, jumpers and whatever else you might normally wear. At the same time you can also get a coat and again leather is quite a good choice. Girls can also branch out though with the right kind of dress and create a kind of 'bride of Dracula' type look.

For girls the hair is relatively similar to boys and it's mostly just a matter of dying it black. The choices are long or a bob, or if you want to go outlandish then you too can have it arranged as some kind of mowhawk or shaved. At the same time if you want to be creative you can use other colours of die and red hair and blue hair are actually quite appropriate for female goths. Red is quite in fashion at the moment, so how that effects your decision is up to you.

This is of course something girls can do that guys can't in order to make themselves look more dramatic and interesting (guys still do sometimes however with a bit of pale foundation or even eyeliner). The idea here is again to go for darker colours – lots of eyeshadow and eyeliner and to offset this with a pale skin tone. For the lips plum colours or even blue are striking and popular, or you can go the other route with a bright red which is quite a sexy look as it contrasts the rest of your makeup. Nail varnish is something guys and girls go for, and here you can opt for blacks or maroons and can choose to paint one or all of your fingers.

Like guys, girls are also able to choose from a wide selection of accessories which include fingerless gloves and dog collars. At the same time as a female you can get away with more delicate jewellery such as actual earrings and necklaces. Gothic crosses are popular here, as is anything in gun metal grey, or anything pagan in nature.

Again you have the choice of piercings or tattoos. Piercings are particularly popular especially flesh holes and studs in the face such as the nose or the tongue. Again you can also go for tattoos but think about the long term consequences.